Travelling to Verona is easy thanks to the nearby motorways, the train station served by local and mainline trains and the international airport.

By car and coach

Verona lies at the crossroads of two motorways: the A22 from Austria and the A4 which links Milan and Venice.

So the city is conveniently located for anyone travelling by car or coach. Many coach services call at Verona, including Flixbus.

If you are staying on Lake Garda or are visiting from a nearby town or city, there are many long-distance bus services that serve Verona. Visit the website of ATV (Verona's public transport operator) to get more information about times and routes.

Come to Verona by train, it's quicker and easier

Travelling by train avoids the stress of having to find somewhere to park and is cleaner and greener than travelling by plane or car. Of course, it depends where you are coming from and how far you have to travel. But Verona is served by trains from France, Austria, Germany and even Russia!
The trains from Germany come from Munich via Innsbruck and are run by DB and OBB. There is Thello, a French company which connects Verona with Dijon and Paris or the Russian train from Nice to Moscow which stops at a few Italian cities including Verona.
Within Italy, there are high-speed and night trains between Bolzano to the north and Rome to the south, as well as fast services to Milan and Turin and stopping trains to all local destinations. There are many options for taking the train to Verona, visit the Trenitalia website for more information and to plan your journey.
Finally, a reminder that Verona has two railway stations: Porta Nuova, the main station where the majority of trains stop, and Porta Vescovo, for local trains from destinations to the east, such as Vicenza and Treviso.

As befits a truly international city, Verona has its own airport.
Valerio Catullo Verona Airport has direct flights from many destinations within Italy and abroad. Many budget airlines fly to Verona from across Europe.
There are even flights, operated mainly by Neos, from destinations outside Europe. When you arrive at the airport, if you wish to explore the region as well as the city, you may need a car. Most major car hire companies have an office at Verona Airport.
As you are nearby, why not make a short detour to Villafranca di Verona? A historic and well preserved little town, very close to the airport and just outside Verona.

All the Information You Need to Get the Best from Verona.

Accommodation, tickets, car parks, public transport and more more. Click here to get answers to all of your holiday planning queries for Verona.

Where to stay
Maps and Brochures
FAQs
Ask us!
Verona is inclusive!
Tour Guides
Healthcare and emergencies
How Will You Get Around?
How to Reach the ‘City of Love’?
School trips to Verona
Banks, post offices and ATMs
Wellness and personal care
Per friendly
Info Covid

When are you going to come?

Explore more and save with Verona Card

Verona Card is the combined ticket which allows you to visit the city and save! 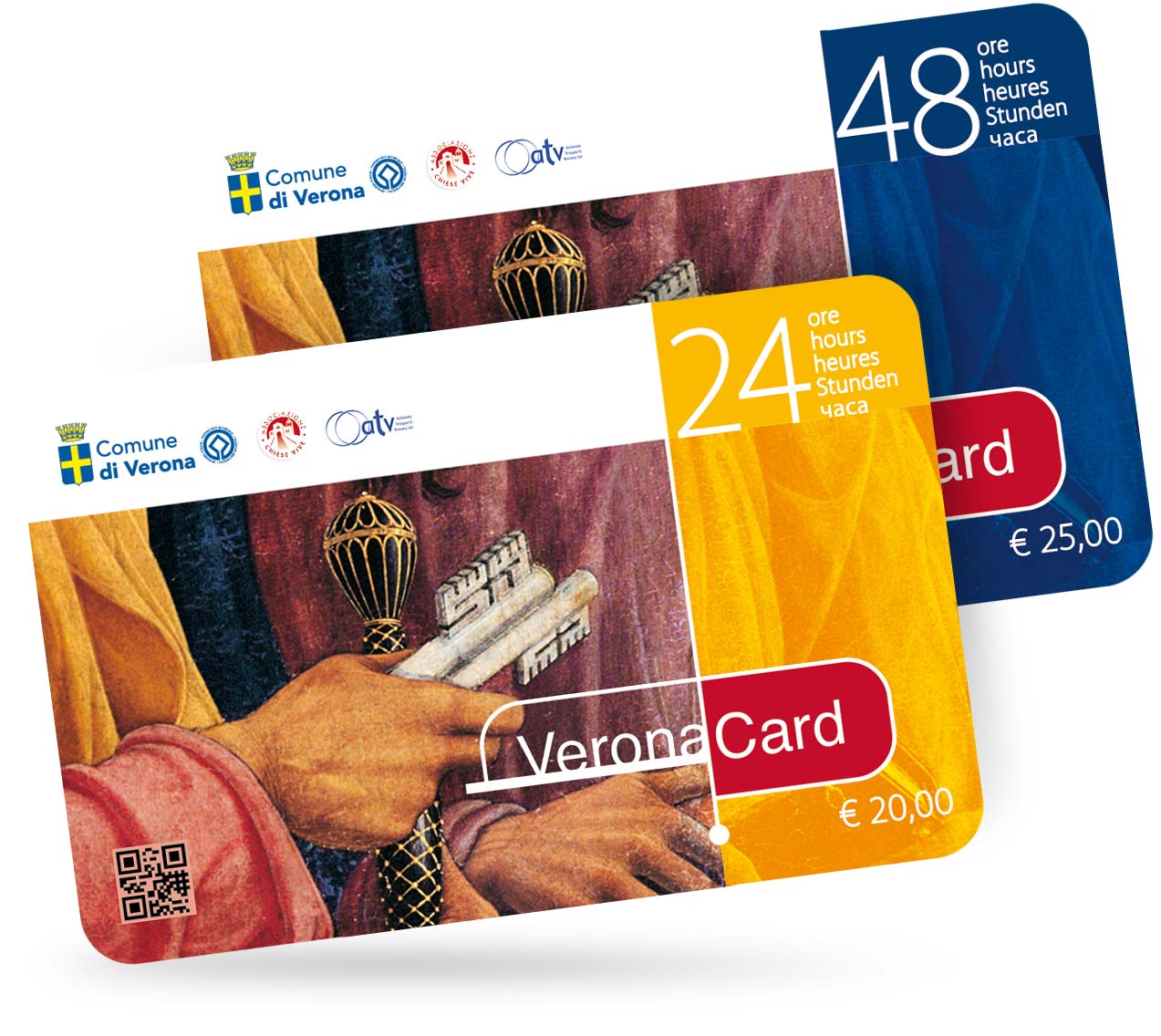 Please do not hesitate to get in touch directly

Thank you, we're transferring your request...
Looking to visit?
Chiudi